It's Just A Cartoon 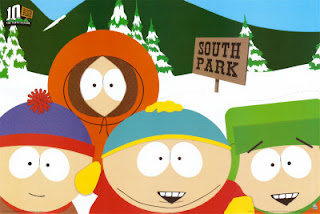 Now that they've taken care of Georgia, Russian officials are turning their attention to South Park. Prosecutors in Moscow are attempting to get "Kenny" and company booted from the air for an episode that they say "bore signs of extremist activity."
The episode in question, "Mister Hankey's Christmas Classics," features guest appearances by Adoph Hitler, Satan and some walking-and-talking feces. In a statement, the Moscow attorneys said the show "offends the honor and dignity of Christians and Muslims alike. It could just have easily included Jews, Scientologists, Catholics, Mormons and Moonies, all of whom have been mercilessly targeted by American series."