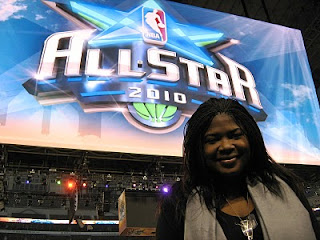 Hey fam,
I know I've been M.I.A but I've been working... can you believe it?!! Anywho, I had the opportunity to be a part of this years NBA All-Star weekend in Dallas, TX!! Fun right?! Kinda!! Wanna hear about it? Here it go!

I arrived in Dallas a day before my gig started with the NBA, I put together some cute outfits and even bought a dress so I looked like I had some kind of sense because I knew I'd be in the presence of Dignitaries & government officials as well as actors, athletes, & rappers. Much to my dismay before I went to bed it started snowing 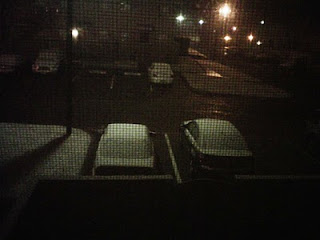 But I figured "Hey, I'm in Dallas, it'll melt by the morning"... I couldn't have been more wronger!! YES I SAID WRONG-ER!!! This is what I woke up to 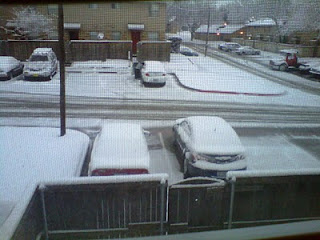 What the crap?!! Especially since I had to drive 45 minutes away in a city I knew nothing about. Tell ya what I know now... Dallas doesnt have plows or salt trucks, so if you must visit, check them out during the spring or summer. 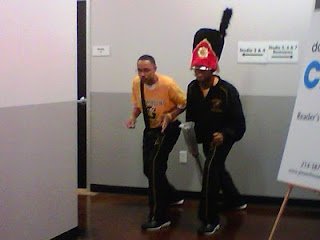 Shakira & Usher couldn't make it the first day of rehearsal because of the snow storm that was covering the east coast. I believe Shakira got in late thursday night & Usher early friday morning. I am pleased to say that contrary to everything you hear about Baby Ursh he's a really cool, down to earth guy nothing strange or weird... no diva behavior. Shakira on the other hand, whooaa laawd you would think she could actually sing & dance the way she & her staff put on. She had the nerve to have Grambling dumb down their dancing & drumming! I know you're not from her Shaky but Grambling gets crunk thats what they dooooooooo!!

Honestly I was disappointed LOL. I wanted him to have a bitch fit or throw food, cuss out a dancer or something. He's a very hard worker, they told me when he wasnt rehearsing in our presence he was practicing in his hotel working the poor dancers to death. Anywho, I couldnt get pics of the rehearsals because they treat that dude like President Obama.

When I finally make my way to Cowboys Stadium I am taken aback by this work of art/pissing contest winner. It's huge, majestic, and alot of attention was paid to the details. 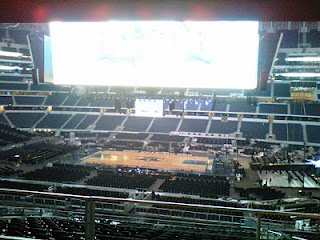 This is in one of the elevators 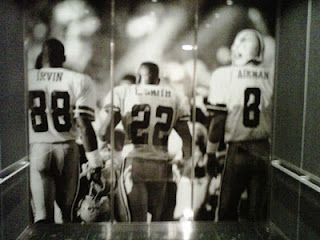 This was the 1st year they split up the venues for All- Star so all the fun & shenanigans that happened Friday & Saturday @ American Airlines arena *boo boo face*. In that time tho, I became besties with Shakira's crazy ass manager and walked around big ass Cowboys Stadium about 278 times. Alicia Keys arrived for her rehearsals hand in hand with Swizz Beats *side eye* she also had Beyonce's hair & Jay-Z's singing voice... That child cant sing... and neither can Shakira... Trust me, I heard it live- no tune-ups eeess no bueno LOL

So since nothing took place until sunday I didnt see any players until the actual game... sorry groupies no wild stories about Lebron LOL. Being on the inside for All-Star was pretty damn disappointing (except for the paycheck :-D). My feet & back were hurting for a week after & I got hemmed up by security- we'll discuss that later tho. I did get to go to the Mary J Blige concert Thursday night and enjoy the free drinks tho 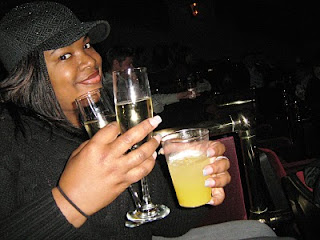 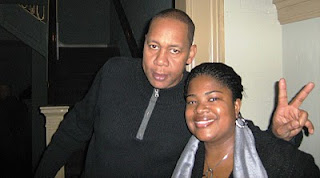 Mary was looking & sounding good folks!! Here's some Bubbzberri vid. It may be shaky bcuz I had to hide it from Top Flight

Yes I was singing along & Jammin!!

I also saw Taraji Henson but she wouldn't take pics because she was drunk. She was very sweet & humble so I wont go in on her ;-)

After half-time, my boy Shaad & I came across Alicia Keys used cup of tea... wonder how much we can get for it on ebay...hmmmmm 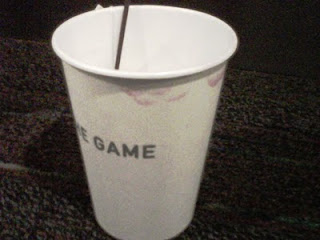 It's only fair I profit off that home wrecker some kinda way, her security guard tried to break bad with me about waiting at her dressing room. I wasn't working for her! I was working for the NBA, he's lucky I didnt take that pic of her & Swizz holding hands and cuddling and send it to TMZ.

Being that I was working, I probably wasn't supposed to take any pictures but after security got rowdy with me the gloves were off & I went into DOWHUTYALIKE mode... 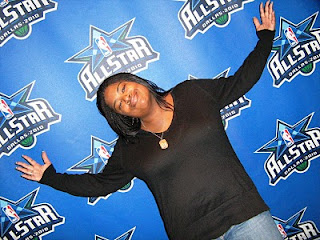 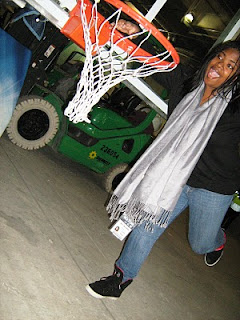 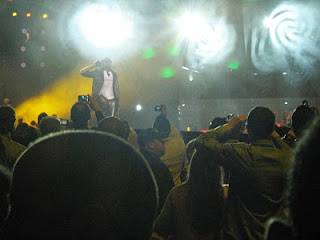 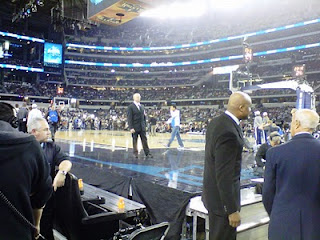 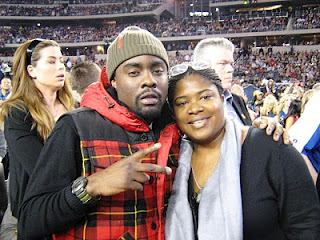 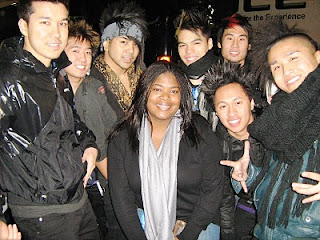 Below are some more flicks I probably wasn't supposed to take so if I don't get my check, Imma need ya'll to donate. Some were taken from my BubbzBerri cuz I had to be sneaky & they may be blurry but hey... I tried!! 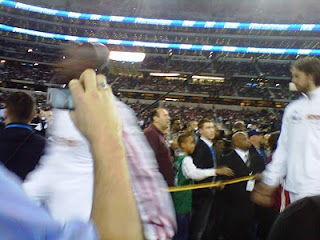 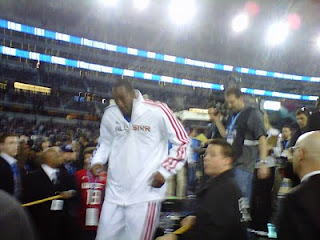 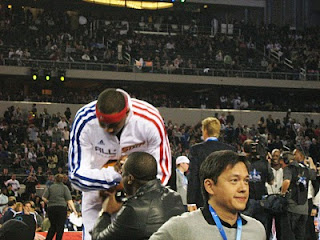 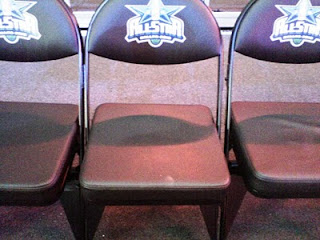 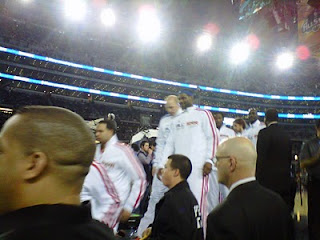 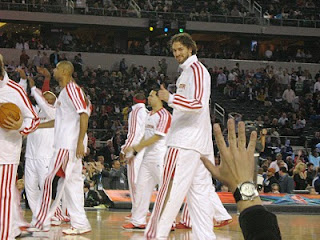 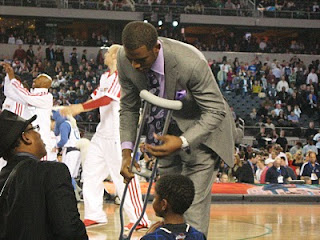 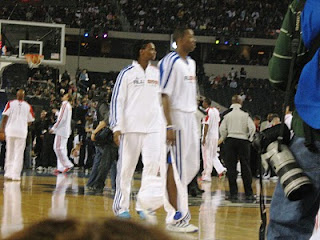 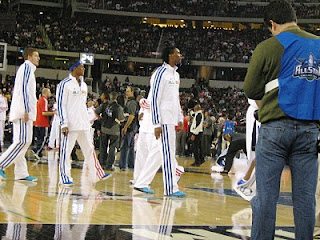 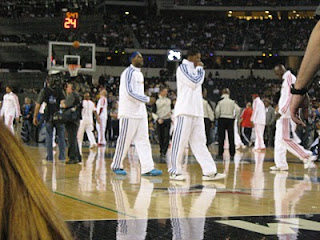 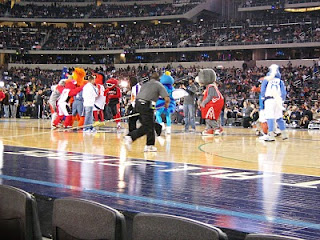 I thought this was cute

Final Note: Unless you have crazy money to blow or are getting paid to be there All- Star weekend is best enjoyed @ home on your couch. TRUST ME!