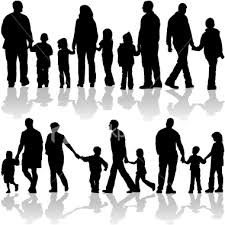 We, as humans have to stop taking each other for granted. I was thinking today how we will let a good friend or loved one walk out of our life over something stupid. Like on Hoarders, when a parent doesn't want to throw something away & the kid does. They'll be upset with that kid for weeks over a stuffed animal of a blanket. Have you ever lost someone you cared about over something ridiculous? I gave up a friend over American Idol... we got into an argument over Kelly Clarkson being better than Justin Guarini... Seriously! We're cool now but just to think of how I stopped speaking to her over THAT ... I don't know those people... it's so silly. 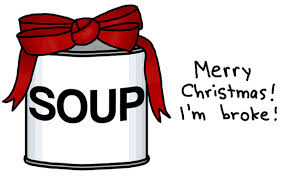 I didn't believe in the Recession until I got layed off. Almost 2 years later, I can tell you- IT'S REAL THAN A MUTHAFUKKA!!! In the field I was in, the longer you're out the harder it is to get back in & with me trying to get back in in New York its double extra hard with cheese!! Well... maybe not with cheese because cheese makes everything better & if it was better it wouldn't be hard so ... you know what I mean. #AnywayDoe This recession shit is real & I need people to have a LOT more compassion for those that are out of work involuntarily. We're trying, jobs are hard to come by. When you see "90,000 jobs were created" on the news those are usually IT or some other specialized field. If you're like me & worked in Broadcasting for 12 years you aren't qualified. Go to school you say... Ok so how will I pay bills for the 2- 4 years I'm in school learning? When I get out I still risk not having a job because of the people that already went to school & have worked in the field & those graduating with me. It's a vicious cycle. "Take what you can get" I have & let me tell you- IT SUCKS!! Retail... Lawdhabmurcy.... I can't wait for the season to be over & the pay is DREADFUL. Some of us are trying, some are not... don't count us out though. Our comeback will be even more magnificent than our setback. BELEE DAT!! 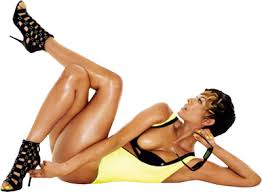 I really don't understand the Keri Hilson backlash. She talented, pretty, & intelligent. She writes her & some of your favorite artists songs. I mean, why ya'll so mad? And WHY would you dog her but support Nicki Minaj & her technicolor wigs? I don't get it. Nicki professes to be the "best female MC" but she put out an R&B album with TERRIBLE singing on it and ya'll let that make it but get on Keri who is good at what she does. Oh... you got life fucked up? ok that explains it then- NEXT!!

Tiny had "Mrs. Harris" tatted on her hand recently. Now I'm torn usually when someone gets their boothangs name tatted on them it doesn't last but Cliff & Tameka have been together for a while & gone through a bunch of stuff so maybe they'll be the ones to defy this "curse" if you will. We'll see...

Congratulations Chris Brown! I'm very happy & proud of that kid for completing his class & doing well on his probation. Say what you want about him, he's working to make himself a better person. An abuser who does things just for press or to change what people think about him/her would never have lasted this long or kept up with their probation. Good Job Chris & keep your hands to yourself homeboy!
I have so many ideas for vlogs & blogs but TV saps my soul & sucks all the energy to be productive out of my body. Last year I only did 2 posts, this year I've done at least 125 so I'm getting there. Let's see what 2011 brings.... good things I'm sure. You won't catch me saying "2011 is MY year", every year you're alive is you're year. Make the best of it!