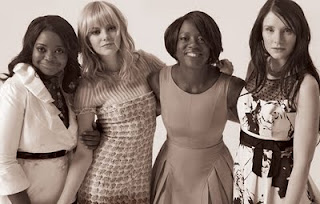 Last night, I attended a screening of Dreamworks new movie "The Help". The movie is based on Kathryn Stockett's book of the same name and tells the story of Black maids working in White households in 1960's Jackson, Mississippi. 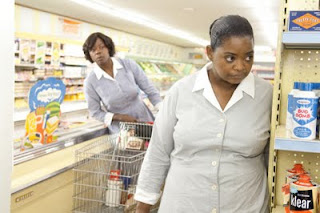 Abilene (Viola Davis) & Minny (Octavia Spencer), the maids, were easy to relate to even if you weren't raised in the 60s. Skeeter (Emma Stone) didn't play the typical "White girl helping the poor Black folks". Her motive was to establish herself as a writer and when consequences for that success arose she didn't abandon the ones who helped her, she stood and fought with them. Hilly (Bryce Dallas Howard) is a southern bell & socialite determined to keep her community as lily white as possible & truly ignorant of how much "The Help" do to keep her relevant. 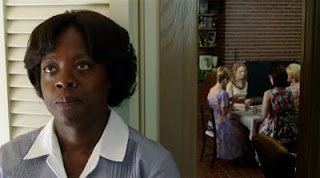 And I cried... ooooh I cried like a baby!
There were some great one liners that are sure to take over Twitter when it opens August 10th. Bryce Dallas Howard's Hilly was sooooooooo evil and clueless it truly made you hate her character. Viola Davis & Octavia Spencer were genius as always. Cicely Tyson's appearance was amazing because...well... she's like 175 years old! YOU GO GIRL!! "The Help" was excellent, both as entertainment and a history lesson. 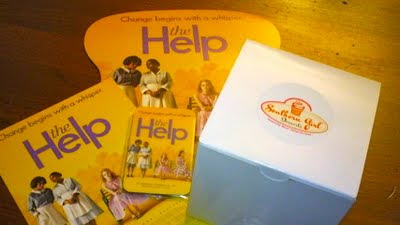 We were treated to goodie bags from Liquid Soul Media which featured a church fan, pocket mirror, and a delicious cupcake from Southern Girl Desserts.